Below we see the global picture 32,768 individual networks split into 8 sub sectors, two sub sectors covering the USA. A quick recap on the US timescale: BABY POP sees 256 Mother Resort networks due for launch in 2014, each creating a string of 16 by 2036. This is alongside a second phase of 256 Mother Networks two years later, which in total creates 8,192 networks operational by 2038.

There are 4 main factors when considering the network globally: current GDP output, usable land mass, geography and population. As an ecological solution, the network primarily considers land mass over population.

In 2011 the world used 13,078 Mtoe (Million tonnes of oil equivalent): China 2,648, USA 2,225, India 759, Russia 725, Japan 469, and Germany 317 Mtoe. Current estimates predict baby POP will create around 7,000 Mtoe within the Global Network, with Satellite Networks adding a further 3,000. The second wave of spending set at $1.25 Million for each network creating a further 10,000. In total the network is primed to generate in the region of 20,000 Mtoe from green sources by 2050. This is before any additional voluntary investments, technological advances or Special Project directives (Note, these figures need validating).

Removing fossil fuel usage alone will not rebalance global warming. It will slow it considerably. But to rebalance… the planet needs more oxygen, further photosynthesis, and so more plants. This is tackled in three way: firstly, there is the rule that each resort network needs to produce more oxygen than it did before development; secondly, is the purchasing and protecting of woodland and rain forests across the globe; and thirdly come the special projects, designed alongside other initiatives to turn targeted deserts into rainforests, and in general cultivate arid land.

World Health: via BABY POP within all US networks, 1.6 Billion hospital bed nights are made available each year with a nursing and doctoring level higher than what is generally found in the USA. Take away the luxury service and move to a standard model, and this figure doubles to 3.2 Billion. Take into consideration doctors salaries lowered via “Spartan Contracts” and in general, a policy of training many more doctors. Then take into consideration cost of living adjustments in poorer countries, and the figure doubles again to 6.4 Billion.

The US figures are based on 2 continental cubes. In comparison 4 global cubes are assigned to poorer countries which double the hospital bed nights again to 12.8 Billion. If we say, within these 4 continental cubes 4 Billion citizens live, of which half would be entitled to the equivalent of Medicare or Medicaid, then there will be 6 hospital bed nights per vulnerable person per year, plus pharmaceuticals. Not the same as the USA. But in total, at the age of 41, for me personally, having spent only my birth in the hospital, about 250 days more than I have required so far. Having spent time in Africa and knowing the people of the Mandela Park Township, an experience that in part inspired American Butterfly, this degree of care alongside the pharmaceutical and medicines initiatives would be a giant leap forward.

The Poverty Line gets addressed by the fundamental economics of the network, with lots of well paid jobs and plenty of tax receipts for governments. Education is also provided for, not only at the universities and schools in the networks, but as well as on-line via the S-World UCS training. 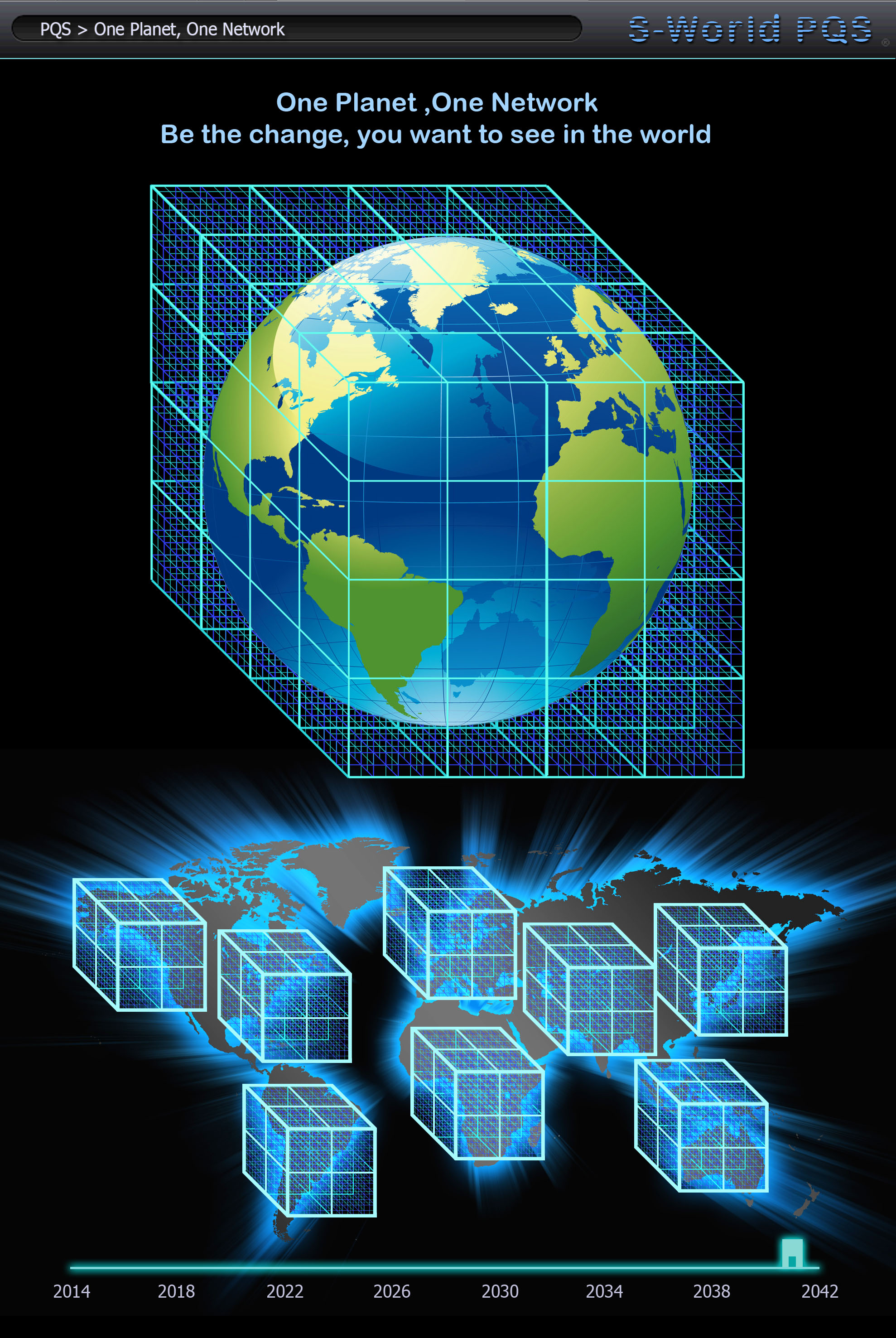 At the end of the day, for the have-nots in the world, it all comes down to the success of the network within their area.

To the right we see a possible example of how a network would invest its profits, including “Baby POP,” GHB (medical, operational and renewable energy commitments), RES initiatives and Angel POP. Offering eight examples of how Angel POP may be spent.

Angel POP is so named as it dictates. That the networks in less affluent countries will eventually become stable (generating over $1 Billion, then $2 Billion in profit per year). So bringing the benefits associated with a network in terms of prosperity, medical and educational facilities, and an alternate energy source to those that would never have dreamed of such commodities within their lifetime. Angel Pop becomes a philanthropic and ecological initiative which has the very real opportunity of bringing peace and stability to the world. This is via the rationale that (in general) it is the have not’s that look to change their circumstances by extreme measures. Remove abject poverty and replace it with hope, and the probable outcome would be peace, hence Angel POP.

The principle is simply that if a network has a high probability that some time before 2050 it will, by the Angel POP process bringing success, or in the case of a Mother Network’s great success; then the pre-determined nature of the successes affects the desirability of investing in the first place.

Remembering that in the USA big businesses will on average only have options for five cents of investment for every dollar they have in liquid cash. The supply and demand factors from the word go, make networks in other territories interesting, adding all other global businesses. And with the pre-determined long term success, it seems possible to raise funding for networks in third-world countries from the word go.

The mathematics is simple enough. The more networks contributing to the creation of others, the faster others get created, or completed. For simplicity’s sake, we shall work on the principle that the Global Network Cube, not including Satellite Networks, has 32,736 networks where none can receive “POP” investment after they are independently generating over $1Billion.

Moving to the end of the equation, working on networks assigning 50% of their profit to Angel POP, once 90% of the Global Cube is stable, it will be generating 32,763 ÷ 10 = 3,276 x 9 = 29,462 (90% of global cube) ÷ 50% = $14,731 Trillion in Angel POP Investment, destined for the remaining 3,276 networks. Thus on top of its current profitability each will receive $4.5 Billion in additional investment. With this stimulus alongside the other network benefits, it would be in poor form if a network did not to utilize this extra investment to raise its annual profit yield to a figure over $1 Billion in a year. 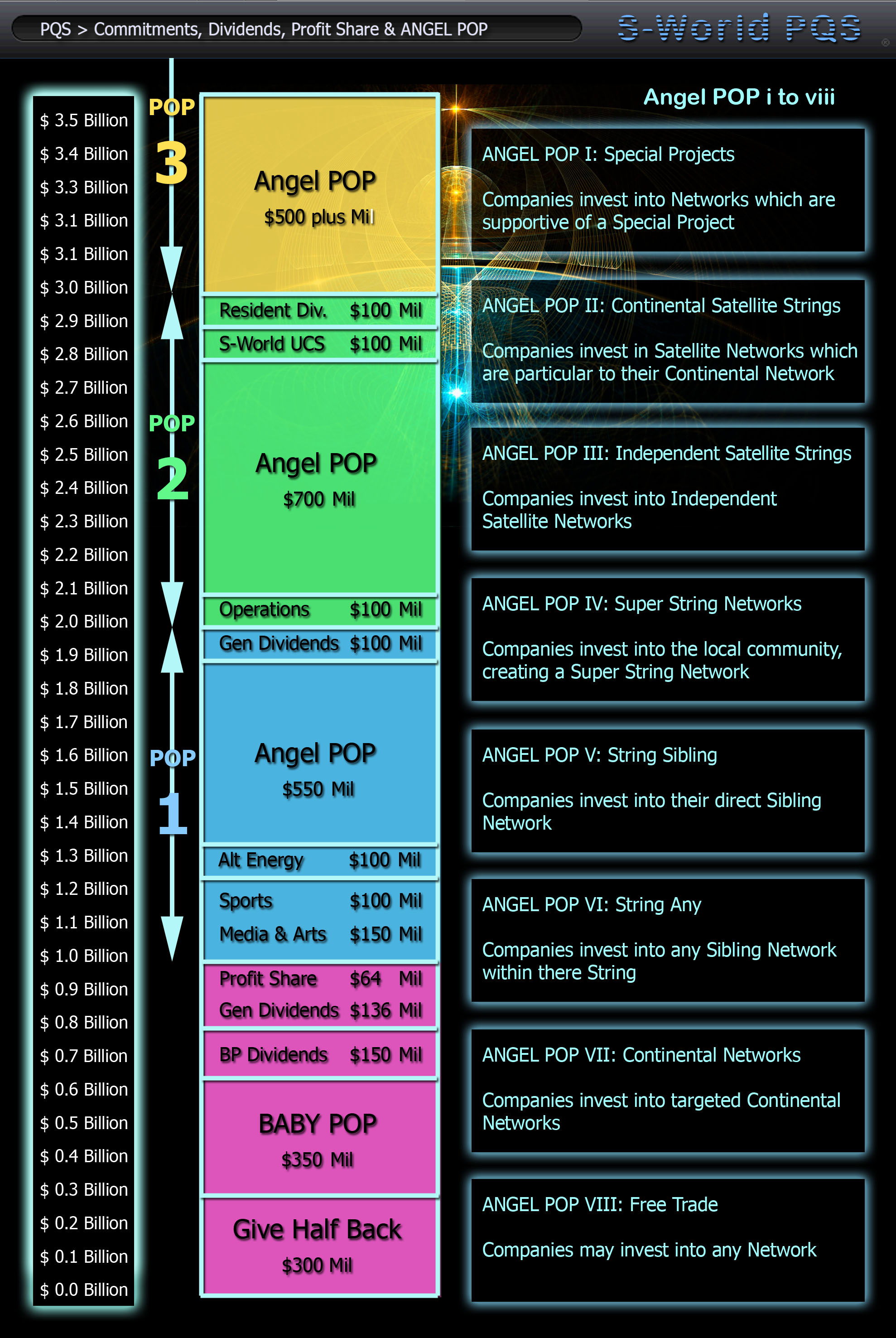 Hence, the pre-determined eventual success that is greatly affecting initial investment desirability.
Two factors need to be considered. Firstly, all POP will not be directed into the Global Continental Cube Networks alone. Some will be destined for Satellite Networks, and Super String Networks. However, the figures as presented have only allowed for networks generating $1Billion each, where many will be doubling that figure, as illustrated in
“M⇔Bst Entanglement > SUSY Hierarchal Spin Equalizer”.
The second factor is Angel RES. 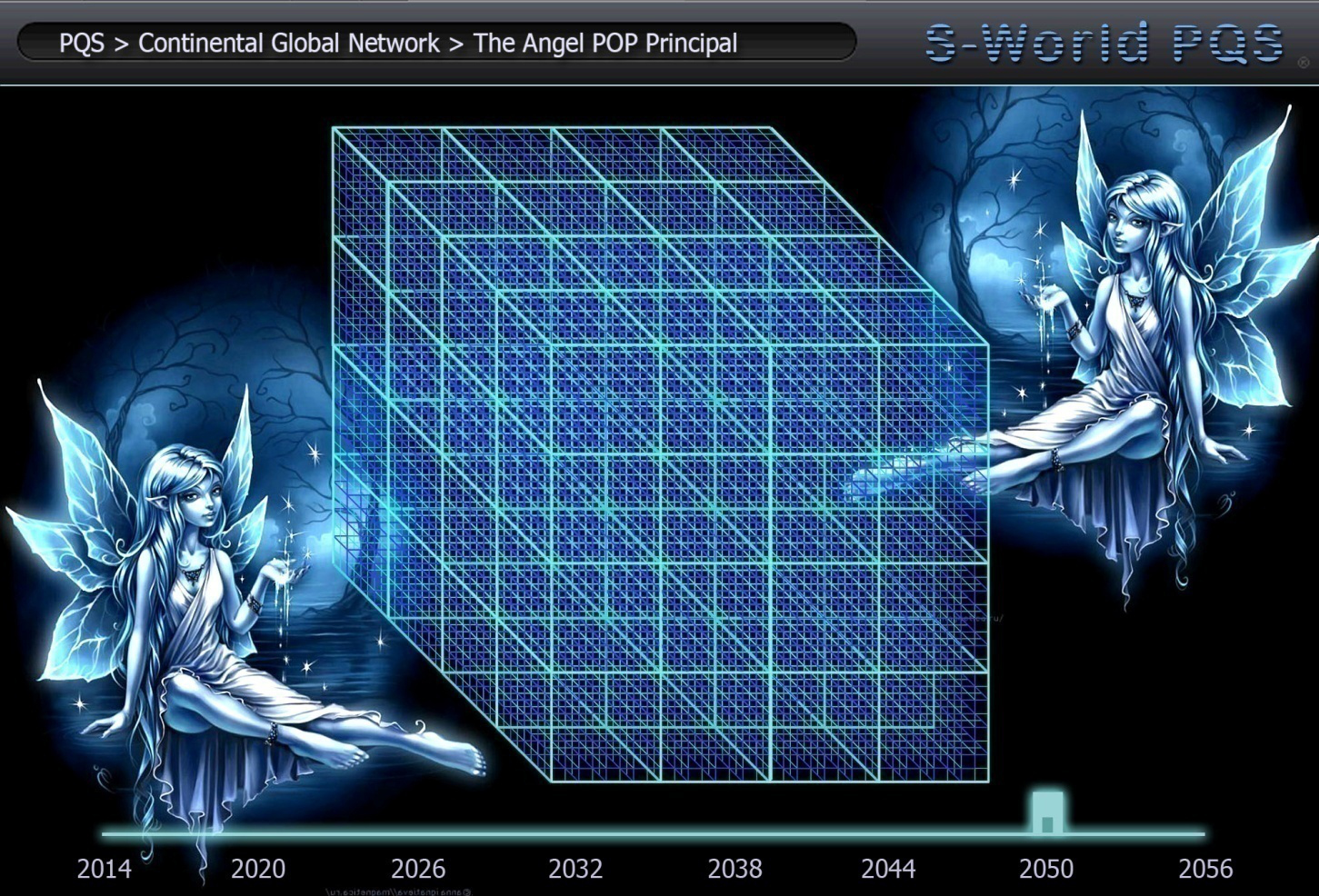 Angel RES looks at exactly the same situation. But instead of looking at networks investing via Angel POP they divert their internal (RES based) Economic Stimulus orders to the remaining unstable networks.
So, looking at the last 10% of Global Networks, instead of receiving $4.5Billion a year in investment, they receive $4.5Billion in guaranteed orders.

All told, there are far more reasons for all networks to eventually become stable than there are reasons against.

The initial inclusion of Angel POP within the SUSY 16 was due to its power within the network. Not specifically any universal principle or relevant mathematical similarity to SUSY or other relevant math.

So consideration was given and the question asked: Is there a specific similarity between Angel POP as described and our Universe or Multiverse?

The best answer so far:

Angel POP appears similar to the formation and creation and continuation of a Black Hole, albeit a Black Hole to which the energy that gets sucked in, gets re-distributed back to its universe at the place of the universe’s choosing.

We have the general relativity of the 32,768 Global Network Cube, from which its energy (profit) is slowly, or, if we desire, quickly sucked away, for it to return in quantum mechanical probability fashion to the businesses and citizens within the network. To be calmed and released of its jitters via the various network super string tricks, only to end up once again within an individual network as profit for Angel POP, where it starts its journey once again.