The graphic continues to illustrate Super String and Quantum String Networks which are relevant to all Networks. Looking at point 4 we see a zoom in on Honduras.

One thing to note about the creation of satellite, super and quantum string networks always create new cubes, a complete unit that can fit within the CFM cube structure.

(Please note the symmetry within an original M⇔Bst string network breaking itself down into POP, only to eventually replicate itself in Mandelbrot fractal fashion in a new territory.)

Where this principle would really assist within the USA is in terms of City Integration, purchasing or building a shopping mall here or a property development there and so on. 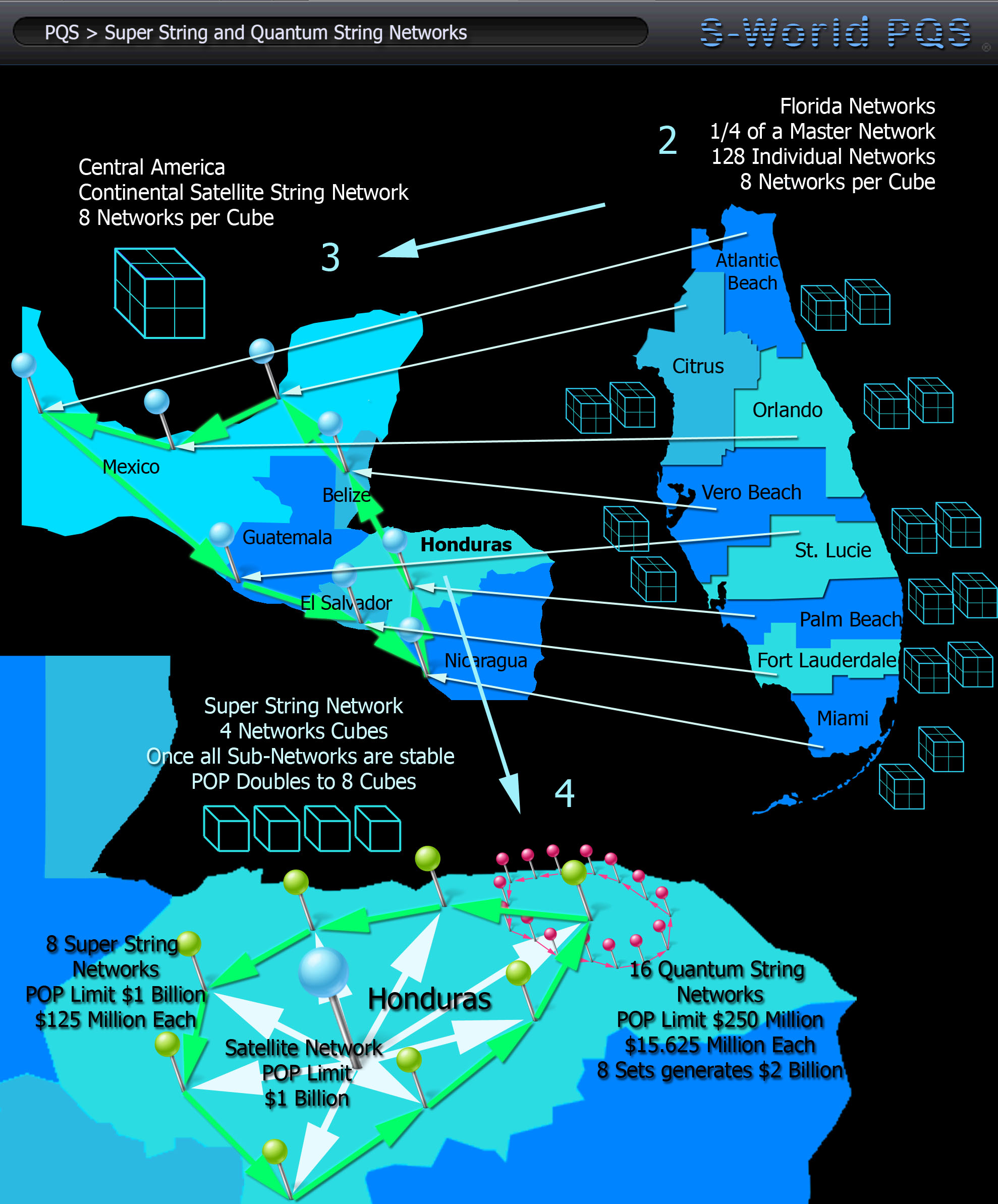