Point eight of SUSY similarity draws to an end. The points directly connected to SUSY and the construction of the global network in terms of “POP” and CFM.

It has not yet been mentioned that alongside the 8 global network cubes eight Independent Satellite Networks are planned as trading hubs, where Mother Networks have more freedom in choosing the locations of their Baby Networks. And Mother Networks may well be born out of larger companies combining, not following the Resort Network system.
Currently, the British Isles, Japan, Dubai and Sparta in Greece are considered with Sparta becoming the Global Network capital. 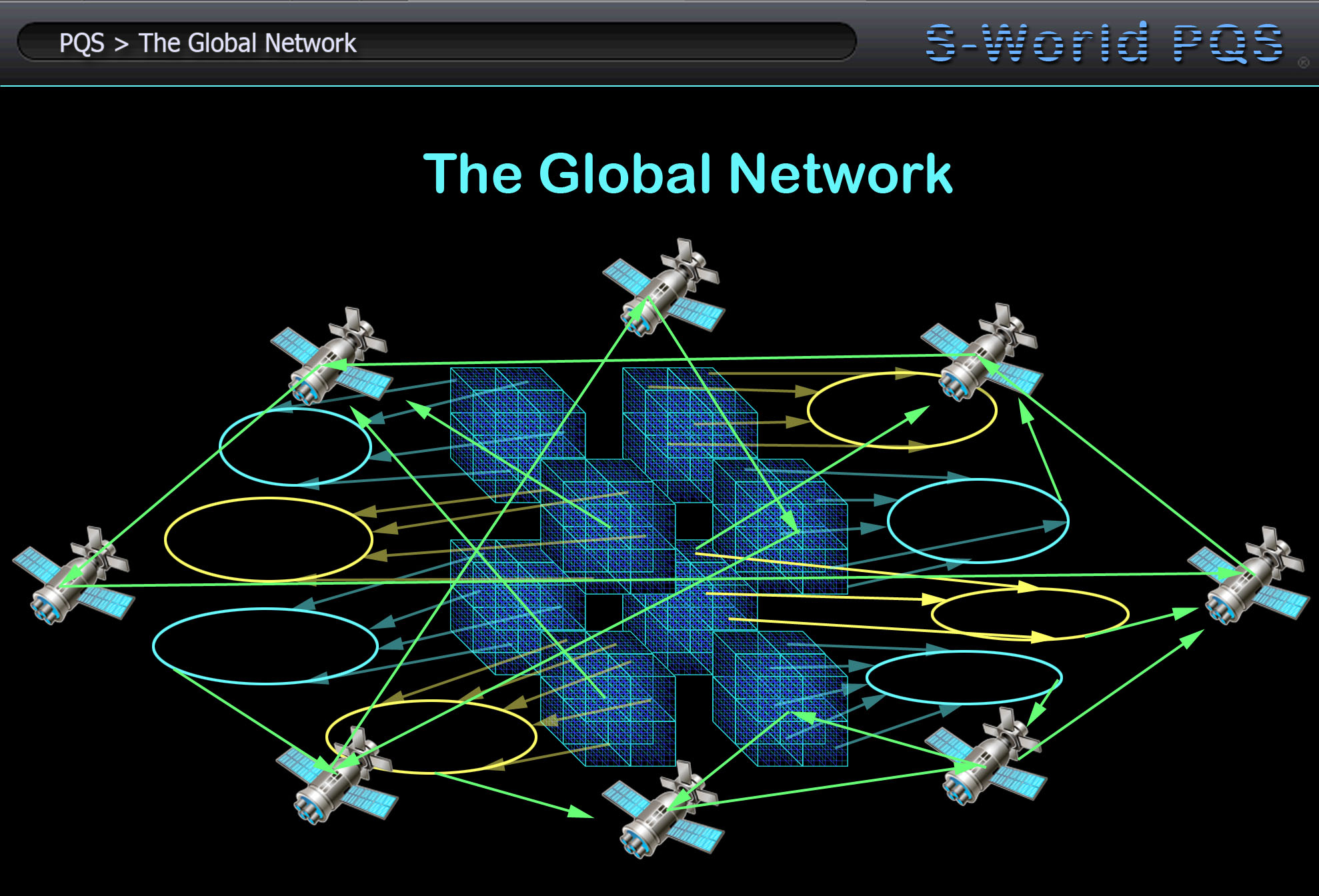 This is what has been theoretically constructed so far. Written within CFM, and “on paper” enabled and made tangible by the various adaptations of the “POP” investment principle.

From physics’ perspective, more often than not the first 7 points of SUSY similarity have looked at the General Relativity, Einstein’s theory of Gravity, or as it is better described “The Fabric of Space and Time.” We have to a degree mimicked Einstein’s Theory to create the fabric of the network, to create the “big picture.”

From this point forwards, we start to look at the Quantum aspects of the network design. In a way this point and the following create a bridge between the “big picture” relativistic Global Network design and the inner quantum network.
As yet, with the exception of “Chaos Theory” there is no link to this principle to any known physics. It’s just CFM, Compatible Finite Mathematics, which at its heart, is mathematics that eases the chaos caused by rounding errors.
We have used the word “quantum” as we are working within a network, working on the individual daily cash transactions of each business and person. The magic, however, comes from the word “Divert.” Instead of rounding periodic numbers, they are diverted and collated in a type of periodic numbers recycle bin.

Cash handling aside, every transaction within a network is handled by the S-World.Biz financial software, supported by the accounts teams at each operation centre. All are linked to the same financial institutions that use the software and the CFM mathematical principles.

It was initially considered that a small per transaction fee would be levied for using the financial software. However, as other income streams increased, this fee was not prioritised, and is now unnecessary. However it would make the math an awful lot tidier if each time a transaction was less than a cent, the balance was diverted to a “Special Projects” fund (all Special Projects are philanthropic, ecological, earth protecting or complexity protecting).

It’s quite rare for figures to actually tally past a cent. So I see little resistance, especially as it’s looking like network fees are now unnecessary. However if this action meets resistance, the “divert” can be applied at two decimals past the Cent ($0.00001). The point is not to make money. The point is, to streamline the math, first prize being no fractions of a cent seen on any bank reconciliation for any company or staff member. So for instance, a transaction of $246.275 would see $246.27 recorded and $0.005 diverted.

Alongside tidying up the math, this will have the effect of collecting the periodic numbers in one place where they can be combined. For instance, three sets of $0.0033r. (r=recurring) makes an even cent.
An extended example: all shops, suppliers, businesses, banks, land registries, tax levies and salary payments are connected to the S-World.Biz financial software. All are calculated in real time, so that at any given moment, one knows exactly how much money is within an individual network economy.

With modern computing, on the scale of an individual network, this seems a relatively simple task. Until an infinite number arrives, with a recurring decimal which is periodic, a finite sequence of digits repeated indefinitely.
For instance, a company offers three of its staff members an incentive bonus of $1000 if they achieve a set target. Once achieved, each staff member will be due $333.333333333333333333333.r (r=recurring), the sequence of 3’s infinite, indeed far greater than the amount of atoms in our observable universe. Currently banks and financial software will round this figure to say $333.33 with the balance of 3’s lost somewhere in the system. It is this rounding, as per Lorenzian Chaos Theory and The Butterfly Effect that yields the widely diverging outcomes for economic systems, rendering long-term prediction impossible.

So instead of rounding we divert. As such each staff member will receive the same $333.33, with the balance of $0.0033333.r diverted to the Special Projects fund, whereby within this fund, the three complementary sets combine to make an even cent.

Of course, the calculations will not always be so simple, often a $0.0033.r will come in individually and have to wait for a couple of its symmetrical friends to arrive. Further, from time to time a highly complex recurring number may appear such as 3227/555 = 5.8144144144…… where the 144 is repeated ad infinitum.

The system will not immediately solve this problem. However, the simple divert and collate method solves the bulk of the problem. And as we have seen, often CFM is more about calming the jitters than absolute precision, flying in infinities’ slipstream, not being infinity itself.

The other point to this exercise is, even if there is the above degree of uncertainty, the uncertainty is neatly boxed off within the Special Projects fund, which acts as a network recycle bin for periodic numbers. The variance does not directly affect the calculations for the individual businesses within a network, so the network finances are effectively “periodically ring fenced.” And so commerce and salary transactions are always 100% with a Planck length sized variation, in the exact amount available for a Special Project.